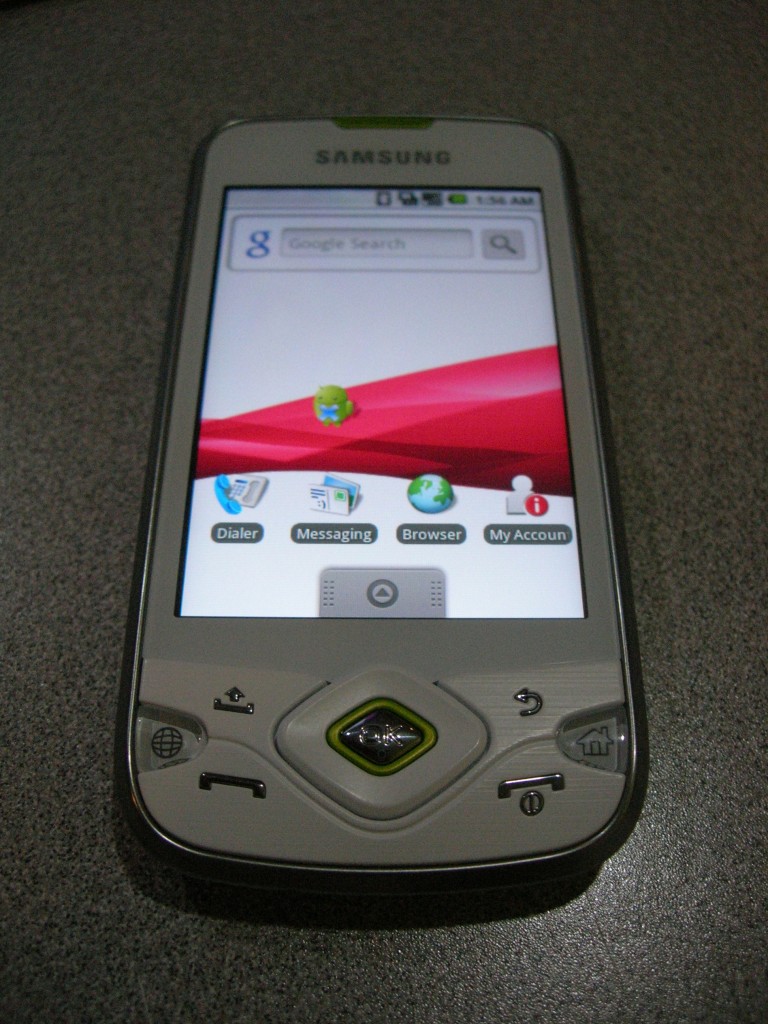 Maybe you have noticed the trend, but for some odd (not bad) reason, Rogers has been popping out Android devices without a single Windows Mobile device being released since the Sony XPERIA X1. So why is Android so fantastic? Two words that Apple will never use and never follow. Open Source… and this leads us to the Samsung Gravity Spica Review. Now since we’ve reviewed sooooooo many Android devices and this OS hasn’t changed at all. We’re just going to make it short and hardware based. So let’s get down to business. 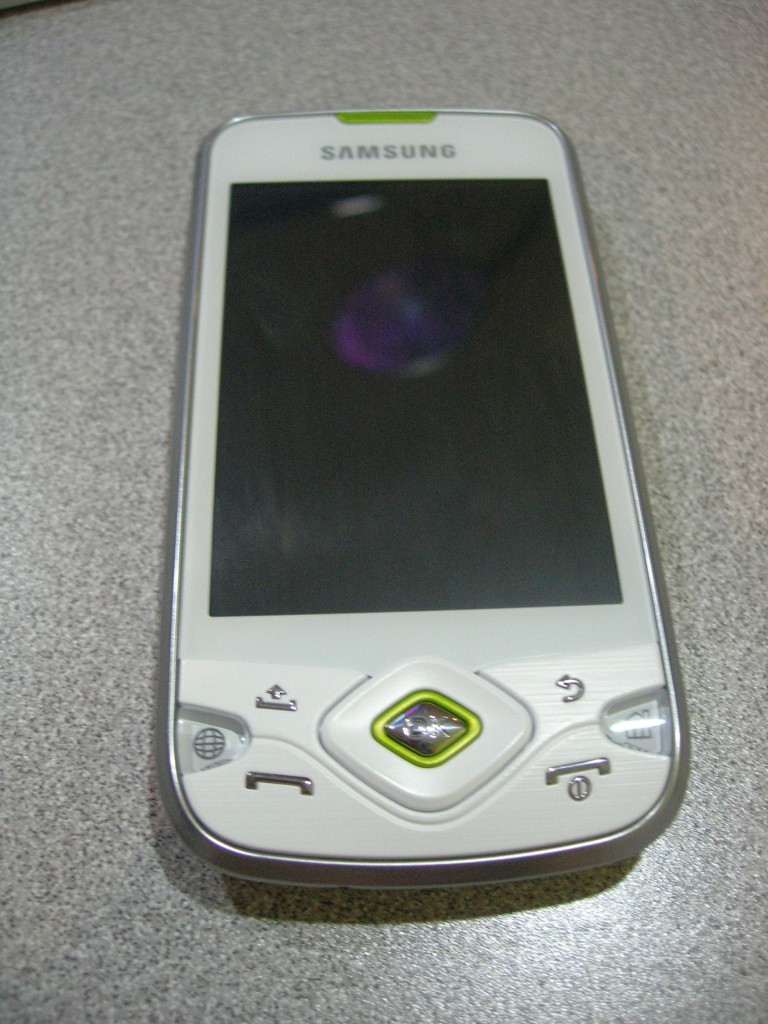 The Samsung Galaxy Spica will run you for about $49.99 on a 3 year voice + data plan or $449.99 to buy it outright. Pretty cheap for an Android device. The Spica has a decent 3.2 inch capacitive LCD touchscreen, accelerometer, HSDPA, Wi-Fi, GPS, 3.2 megapixel camera as well as many other features. The phone is only available on Rogers in white but can be purchased unlocked in either white or black. Unlike the XPERIA X10. The Spica has a 800mHz processor along with firmware 1.5. A bit slower but because the phone didn’t come loaded up with Samsung branded apps, speeds seem to be about the same.

The Samsung Gravity Spica design is very original. It has a weight that makes the phone seem very durable along with the build quality to support it. Nothing seems to be loose or cheap made and although the phone is mainly made of plastic, it’s still great. Unlike the XPERIA X10 or iPhone, the Spica isn’t too wide or long and it fits perfectly in the palm of your hand. I really like the feel of it and it seems like it could pass as a “non-smartphone”.

Battery life on the Spica is amazing. I could almost say that this is a “non-smartphone” just because the battery lasts so long. With normal usage (calling, web browsing, text messaging) this phone was able to squeeze in about 2 days worth. Users looking to get this phone will most likely compare this with the HTC Magic which we reviewed last year. I can tell you right away, if you want your battery to last more then a day, grab this. No questions asked. The talk-time that Samsung has quoted is 11hrs on 2G or 7hrs on 3G. You’ll be able to hit these numbers easily with the 1500mAh battery that is included in this phone.

The reason we wanted to include sim card in this section is because the sim card slot isn’t located under the battery. It is infact located on the side of the phone along with the MicroSD card slot. This was pretty interesting as we don’t usually come across a hot swap sim card phone. Now this still isn’t a hot swap sim card phone because when you insert and remove the card, its still forces a reboot. Not a big deal but if your the type of person that tends to switch phones daily, this might come in handy. 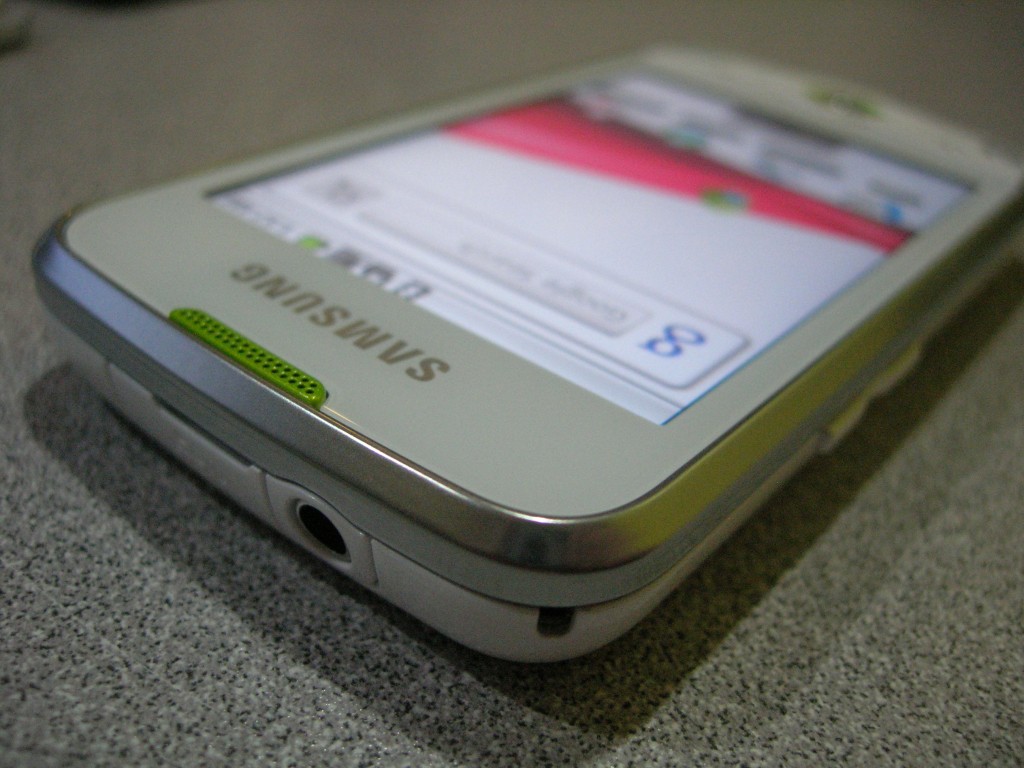 If your a Samsung owner, you might know that Samsung has a reputation of having low signal phones. Well this phone hasn’t changed too much on that note either. In my basement, where most phones were able to get 4 bars or even full signal. The Spica was only able to get 1 or 2 at most. If Samsung wants to produce a good smartphone, they really need to fix this problem. It could be as simple as the design of the case or as complicated as the antenna (which is most likely the problem) and when there’s low signal, there’s drop calls which has happened for me during this review. 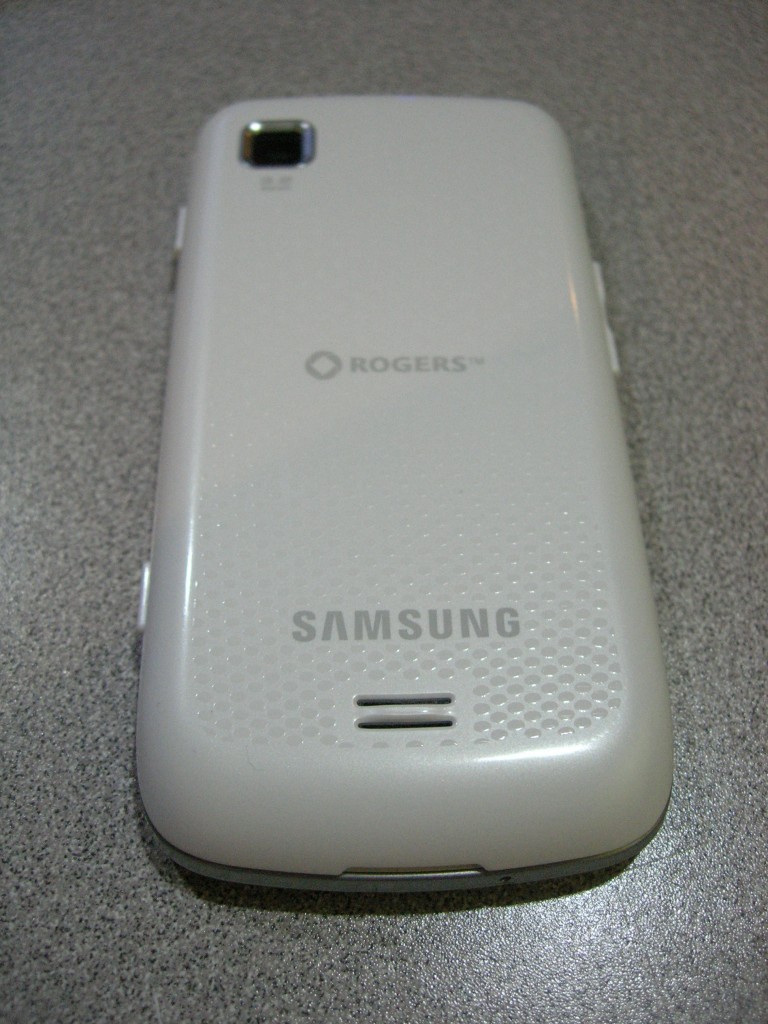 The Samsing Gravity Spica features a 3.2 megapixel camera. No flash, and no two step button like most 3.2 megapixel camera’s. Picture quality is actually quite good. It’s nothing to be amazed about but for a 3.2 megapixel camera, colors don’t seemed to be washed out and pictures seemed to be quite clear. Now what I found to be slow was the bootup time of the camera as well as the autofocusing. It was just too slow and if you want to pull it out to take a quick snap shot, this wouldn’t be the phone to use. Click on the picture samples below to enlarge. 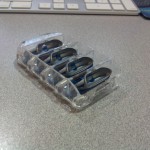 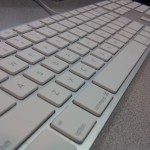 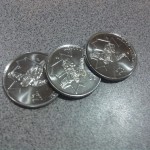 For a $49.99 price tag, this phone is well worth it. It does have it’s drawbacks but most of which can be lived with. Like most Rogers smartphones, this will definitely not last you the full 3 year contract mainly because firmware 2.1 is about to roll out and after playing with this phone for quite a while. I could tell that this phone most likely wouldn’t support it mainly because of it being a bit slower then most Android phones. That being said, it is a great phone for those new to smartphones and wanting to try something new. I would much rather have this over the HTC Magic or LG Eve but if your comparing this towards the X10 or Nexus one. Well… there is no comparing.