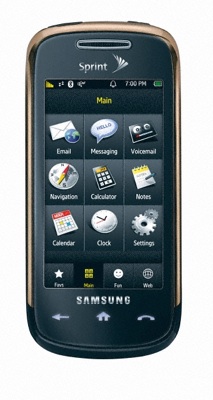 Just hours after Samsung released press images of the upcoming Instinct S30, Sprint decided to post an official news release announcing the device. The Sprint Instinct S30 will be the predecessor of the Instinct that is available now. The device will be available on April 19th for $129.99 after rebates. If you are interested in this phone be sure to check out www.sprint.com/SamsungInstinctS30 to get updates on the phone.
Read