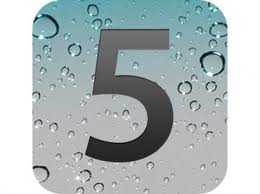 According to The Wall Street Journal, the next iteration of the iPhone series should hit the market this fall, likely in September with the release of iOS 5.

The newest iPhone is rumored to include an 8 megapixel camera, a significant step up from the current 5 megapixel iPhone 4, as well as the new A5 Processor that can be found in the iPad 2. Persons close to the new phone say that it will be both lighter and slimmer than its predecessor, and that due to the very small design of the device, manufacturing delays are possible.

This is a daring move for Apple since the world was expecting the next iPhone in June of this year. When it wasn’t announced many people upgraded to the iPhone 4 with the assumption that the next gen device would not be out until summer of 2012. This provides for a smaller market of users that are even eligible for the upgrade and a dwindling pool of people that are willing to cough up the cost to upgrade early, or sign a new contract. That said, I know that many will make the move to this newest smartphone at any cost and I honestly expect that 25 million units will fall far short of demand for this new toy.

Be sure to follow @Slyppry on Twitter for the lastest in Mobile Device news and help with troubleshooting any iOS or Apple related issues.

About the author: John View all posts by John