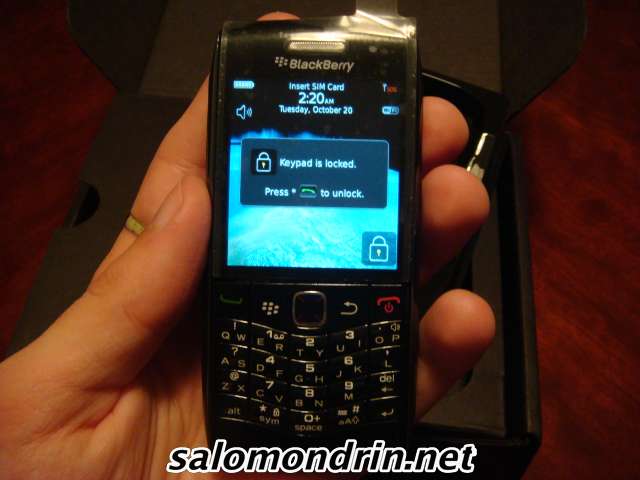 Salomondrin has done it again. The new BlackBerry Pearl 9100 codenamed Stratus has appeared and lucky Mr. Salomondrin himself has received (or snatched) a pre-release version. Now I must say that this is a very sexy BlackBerry Pearl and I’m loving the optical trackpad integration. The BlackBerry Stratus will feature the SureType keyboard, 3G, WiFi and the new 5.0 OS. Unfortnately, Salomondrin’s YouTube account has been suspended (I’m guessing due to all the leaks) but you can check out his site for more photo’s. This is still a pre-release version so we don’t know too much about it. Atleast we know RIM isn’t leaving out the candy bar Pearls.