RIM officially announced the BlackBerry Bold 9900/9930 earlier today. While playing with the phone at BlackBerry World today, we found a 9900 running on AT&T (pictured above) and a 9930 running on Verizon (pictured at end of article). Thus far, the phone has only been officially announced by T-Mobile so it is unexpected to see the phone running on Verizon and AT&T. We are led to believe that this means the BlackBerry Bold will be coming to both Verizon and AT&T. We talked to a Sprint rep today who said that they expect the phone to come to the Sprint network by the end of this year or early next year. 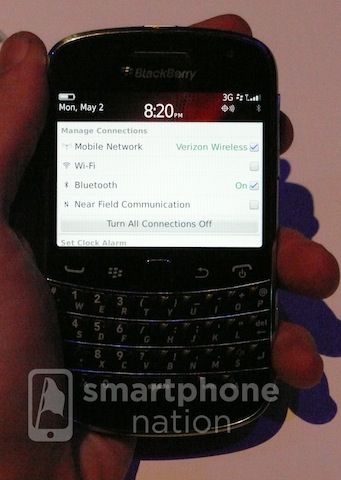