Verizon and Motorola dropped the DEVOUR on customers on February 25th. Running Android 1.6, the DEVOUR is Verizon’s first ever phone that has MOTOBLUR. The DEVOUR might looks similar to its cousin, the DROID, from far away, but it is quite different up close. With a nice silver color, the DEVOUR really looks impressive. Verizon hooked us up with a review unit and we have been doing all sorts of tests to bring you our review.

When we unboxed the DEVOUR, the first thing we did was place it on a table and observe out it looked. Our impressions were that it is really slim and long (61.0 x 115.5 x 15.4 mm). The silverish look of the phone really makes the phone shine and the black borders complement the silver. It fits well in the hand, but the size is definitely noticeable weighing in 5.89 ounces. On the backside of the phone, there are two nicely placed rubber pieces that keep the phone from getting scratched when put down.

On the top of the phone there is a 3.5mm headphone jack that allows for most headphones to be used for multimedia purposes and the power/standby button. On the back we have the 3 megapixel camera that has continuous zoom and no flash. On the bottom bottom of the backside there are the speakers that sounded pretty good when playing music through it. On one side, there is a microUSB charging port and an area for the battery and microSD card (it comes with a 8GB card). On the other side there is the volume toggle, voice command key, and camera key. On the front of the phone there is a little trackpad that can be used to navigate around the OS if you don’t feel like using the touchscreen.

The keyboard is revealed when the screen is slid up on the phone. The keyboard has four rows of keys and has a full QWERTY layout with separate keys for every number. After using the phone regularly for a while, we just could not get used to the keyboard. The keys are hard and a little too flat for out liking. We had to use our fingertips and nails to type most of the time which stopped us from typing as fast as the BlackBerry and iPhone.

The DEVOUR has a 3.1-inch HVGA touchscreen display with 320 x 480 pixels. The screen looked nice and had good colors, but it didn’t even compare next to the Nokia N900 we reviewed last month. The touchscreen was very responsive to touches and swipes. The onscreen keyboard was really responsive and was so easy to use without making mistakes.

The Motorola DEVOUR runs Android 1.6 with MOTOBLUR. While it doesn’t have the latest Android version like the DROID, it still is a great OS. MOTOBLUR allows users to stay updated on all their social media needs while still having full access to the Android features. There are five different home screen that can be accessed by sliding the screen to the left or the right. Using different widgets, you can customize what items you want on there. The widgets range from messages and social media to weather and music playlists. The home screen is really intuitive and easy to use.

Navigating around the software was really easy and straight forward. Everyone can be done using the touchscreen, including typing. Whenever you get an notification, it will show an icon on the top toolbar. To read the notification you just drag the top toolbar down and it will reveal all notifications. Bringing up the menu is as easy as dragging the menu icon up and scrolling through the applications. We really like how the phone connected to our Facebook and Google Contacts to bring up photos for all of our contacts to save us the time of manually doing this.

The browser was a impressive experience because it rendered pages clear and similar to what would be seen on the computer. We occasionally would press a link by accident when scrolling up and down, but generally it was accurate. The browser allows users to open up multiple windows when browsing the Internet which is very useful and easy to do.

The Android Marketplace is really a great app store. We place it right behind the iPhone app store, but ahead of most other platforms. It is very easy to navigate around the different menus and see descriptions, reviews, and prices. Installing apps is simple as well and it is possible to download more than one at a time. There are both paid and free apps that can be sorted by top free or top paid. 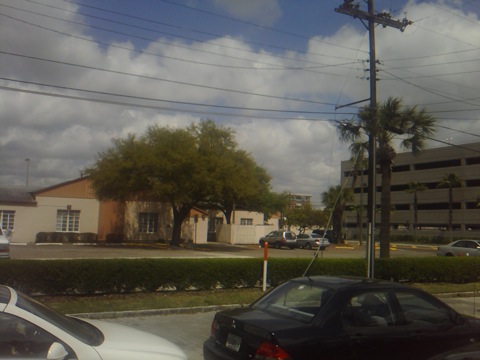 The Motorola DEVOUR has a 3 megapixel camera. We played around with the camera a bit and found that it was real fun. There are a bunch of effects like Black and White, Sepia, Negative, and more that can be applied when taking a photo to add a little extra. The quality of the camera was just okay, it is nothing special when comparing it to other new phones that have higher megapixel cameras.

The Motorola DEVOUR is a great smartphone that runs Android 1.6 with MOTOBLUR. The device hardware is really attractive and pleasing to the eye. The one issue we have with the hardware is the keyboard which is a little flat for our liking. Android 1.6 does a great job at multitasking and keeping it simple for users. MOTOBLUR does its job by incorporating social media into the Android operating system allowing users to update their status on multiple social media networks at the same time. All in all, we like this phone and could definitely see ourselves using it in the long-term.

Get the Motorola DEVOUR from Verizon Wireless