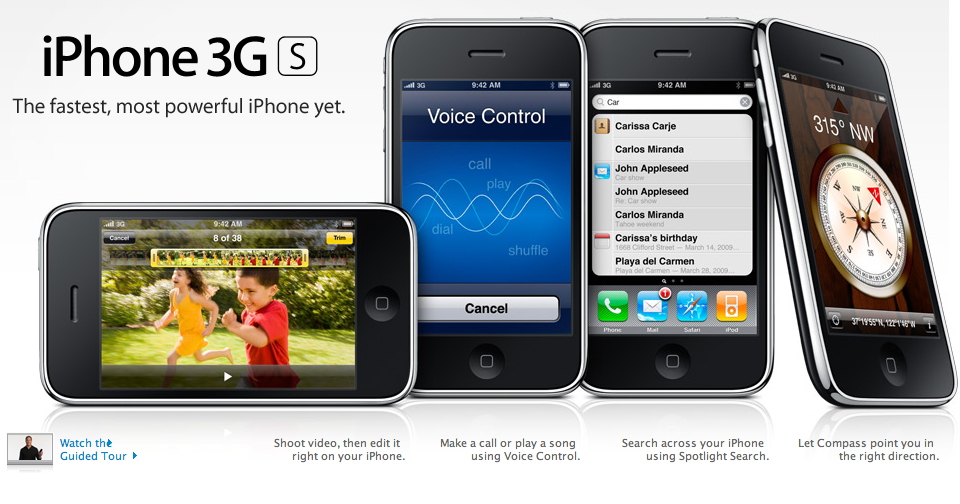 Earlier today, Apple announced a new iPhone and set a date for the OS 3.0 update. The iPhone 3G S is “the fastest, most powerful iPhone yet” according to Apple. The new iPhone supports 7.2 HSDPA, for networks that support it, meaning you will get speeds that are double the speeds of the iPhone 3G. The iPhone 3G S also has more features such as longer battery life, a 3 megapixel camera with autofocus,video recording, voice control, and a compass. The new iPhone comes in 16GB and 32GB and will run you $199 or $299. For the old iPhone 3G in 8GB, you will be paying $99. The iPhone 3G S will be available on June 19th.

Along with the iPhone 3G s, Apple also announced the availability of iPhone OS 3.0 beginning on June 17th. OS 3.0 will be a free update for current iPhone users and has over 100 new features. These features include MMS, video recording, copy and paste, spotlight search, and landscape keyboard. This update will be ready for download using iTunes 8.2 on June 17th.