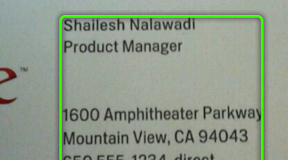 Google has released an update for Android that improves the Google Goggles application. Google Goggles essentially allows you to search using images taken with your smartphone. The Goggles update, version 1.4, brings about three 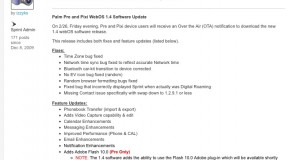 Today with what seems to be a mistake, Sprint confirmed the February 26 release of webOS 1.4 for the Palm Pre and Pixi. Quickly after being posted by an admin on the Sprint forum,

webOS 1.4 may be coming on February 15th

Last month at CES, Palm announced that webOS 1.4 would be available in February. They failed to announce an exact date, but sources are saying that it is coming on the 15th. In just