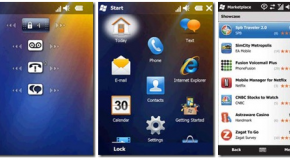 Microsoft recently announced the availability of “Windows phones” (AKA Windows Mobile 6.5 phones). Starting on October 6th, these phones will be available on carriers all over the world including AT&T, Bell, Sprint, TELUS, and

The long anticipated phone that Telus has been anxious to release has finally came. Well, on July 15th that is. The Blackberry Tour is a 3G world phone with a 3.2 megapixel camera, like

Telus may be getting the iPhone 3GS in October

The latest iPhone rumor to hit the Internet says that Telus will be acquiring the rights to the iPhone in October of this year. This information comes from RileyFreeman over at HowardForums, who is

Canadian wireless phone customers felt left out yesterday when Verizon and Sprint announced that they would be carrying the phone late this Summer. However, that all changed today when RileyFreeman from Howard Forums leaked 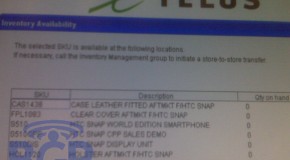 Telus to get HTC Snap and Touch Pro2

We know that the HTC Snap is being tested by Sprint right now, but it seems that Canada will also being seeing this phone. The HTC Snap, along with the Touch Pro2, has showed 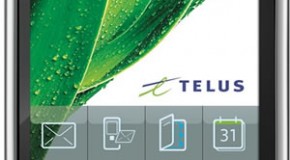 Telus has gone and released OS 4.7.0.122 for the BlackBerry Storm. This comes after Canadian carrier Bell released it early this month. So if you are looking to make your Storm work a little

Telus has uploaded this image on its site hinting that the BlackBerry Pearl Flip 8230 launch is imminent. Pricing for this device is rumored to be $449 with no contract and $50 with a