The Jawbone bluetooth headsets are known for being among the best out there; with a $129.99 price tag it better be. Today Aliph announced their new headset, the Jawbone Prime. The Jawbone Prime comes 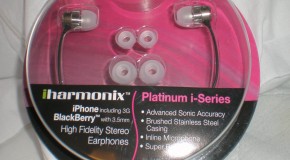 We got our hands on some iharmonix Platinum i-Series stereo earphones and we have been testing them for a bit. iharmonix makes earphones at all different price ranges and many of them are compatible

A new version of the best bluetooth has been released. Aliph has officially announced their new headset called “New Jawbone.” The New Jawbone is 50% smaller than the first one. This New Jawbone is