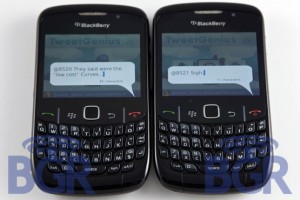 BGR broke news today that they’ve confirmed the 8520 will be landing on T-Mobile in Q4.

It seems the 8520 will be marketed as a entry level BlackBerry.

The 8520 is unique in the fact that it has an optical trackpad as opposed to the usual trackball on BlackBerrys.

About the author: Tony Ortiz View all posts by Tony Ortiz