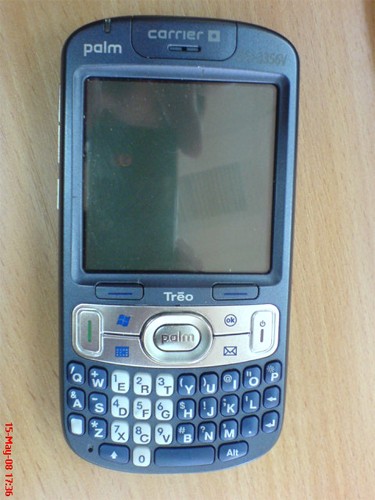 A live picture of the Treo 800w has been leaked on the Internet. This is the first image with the keys showing. The Treo 800w is a CDMA phone, most likely going to be released on Sprint. Internally known as the Zeppelin, this phone features Windows Mobile 6.1, EV-DO Rev. A, GPS, and a 320 x 320 touchscreen. The Treo 800w looks like a mix between the Palm Centro and the traditional Treo. You can expect the Treo 800w to be released in July on Sprint.