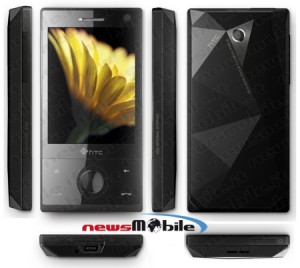 HTC has a big announcement coming later this week, and this could be it. The HTC Diamond will have a large screen that is 2.8 inches. It also will have a 3.2 megapixel camera with autofocus! It will be running Windows Mobile 6.1 professional. 4GB of internal memory. Another great feautre including by HTC is an FM radio, which most phones do not have. This is going to be a crazy phone, and it may be introduced to the world on Tuesday.