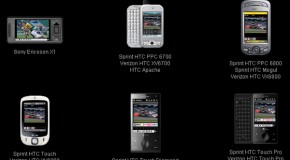 Sling Media has added new devices, which have higher definition screens, to their supported Windows Mobile devices. Owners of the devices above are not able to download SlingPlayer to their phone and watch their