While Sprint formally acknowledges some complaints, they refuse to admit that there is a problem. I am a new customer to Sprint, preordered the iPhone 4S on launch day, and love the device – 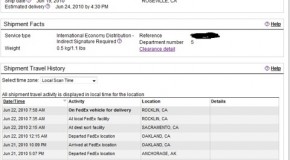 iPhone pre-orders to arrive on June 23; some arriving today?

Earlier today Apple sent out an email to people who pre-ordered the iPhone letting them know the phone would be getting delivered on the 23rd. This come as a surprise to customers who were

Wal-Mart to have iPhone 4 on launch day

With iPhone 4 launching on June 24th, consumers are still trying to figure out what stores will be carrying the device on launch day. Wal-Mart can now be added to the list of stores