We recently discovered a new product called the Powermat. Powermat essentially allows you to charge all of your devices wirelessly. We were able to meet with Powermat at CES and the company showcased their

Sprint prides itself on being the “first and only 4G network” in the nation. However, it is currently only in select cities. At CES, Sprint had a chance to show off the 4G data

Palm announces pre plus and pixi plus; available on Verizon on January 25

Today we attended the Palm keynote, where the company reviewed its success with webOS and announced some new products and services. The most exciting being the Palm pre plus and pixi plus. The Palm

Smartphone Nation is going to CES

Smartphone Nation is going to Las Vegas to cover the Consumer Electronics Show! At this event, many large wireless companies unveil their latest products to the public. We will be there meeting with companies 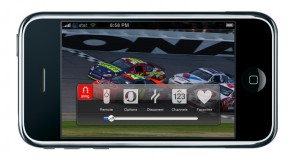 Sling Media announced Monday night that they would release a SlingPlayer application for the iPhone by the end of March. In June of 2008, Sling Media released a video of an alpha application which