RIM officially announced the BlackBerry Bold 9900/9930 earlier today. While playing with the phone at BlackBerry World today, we found a 9900 running on AT&T (pictured above) and a 9930 running on Verizon (pictured 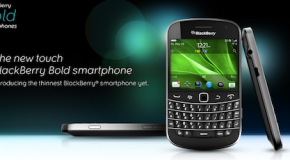