iPhone 4 coming to Verizon on February 10

It has been long awaited. Rumors have been surfacing for years. It is finally here, the Verizon iPhone. Today Verizon held a press conference in New York City to announce the availability of the

Sling Media and Verizon announced a subscription to bring Sling products to select 4G LTE smartphones. By subscripting to this offering, customers will get everything needed to watch their home television channels on their mobile device.

Sprint has not done the best job at keeping the HTC EVO Shift 4G a secret. Our previous knowledge hinted at a January 9th launch, but it seems that we were off by a 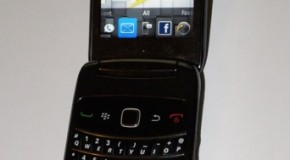 RIM dropped the BlackBerry Style 9670 on the Sprint network back in October. The Style is the RIM’s second phone to be released running OS 6.0, the first being the Torch on AT&T. We