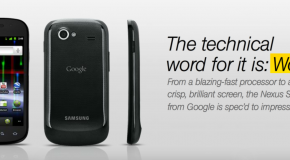 The Nexus S 4G, is just a minor upgrade to the already released Nexus S. It is the successor to the first device, the Nexus One. For those of you who do not know 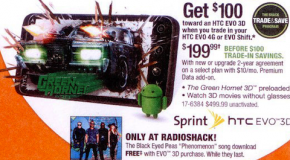 A leaked advertisement from Radio Shack suggests that the upcoming HTC EVO 3D will cost $199.99 on contract and $499.99 outright. Radio Shack is also offering an additional $100 off the device when you

HTC Thunderbolt users who have been fiending for Android 2.3 Gingerbread can relax knowing that a test build has leaked. Now, we don’t necessarily recommend upgrading to this since it is a test build and

Sprint has added new mobile broadband data plans to its website. Three of the plans are available for both 3G/4G and one for only 4G devices. You can choose from the following plans: 3GB

Sprint announced that it would be releasing the Nexus S 4G smartphone back at CTIA in March. Today the carrier let the release date out, saying it will become available on Sunday, May 8