All posts by Alex »

Microsoft’s launch of Windows Mobile 6.5 is past due.  There has been little excitement for the release as Microsoft still falls behind Google, Research in Motion and Apple.  HTC Corp is going with Android 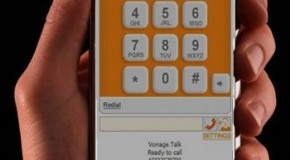 Vonage is now offering cheaper international phone calls from mobile phones.  The app that can be downloaded on a Blackberry or IPhone uses Wi-Fi to make calls around the world.  Mobile users save minutes