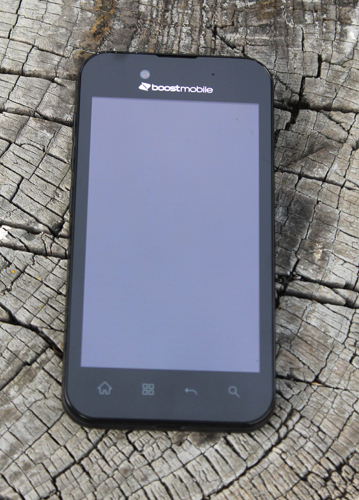 Boost Mobile recently added the LG Marquee to its lineup of Android smartphones. Prepaid carriers differ in many ways to the postpaid carriers like AT&T or Verizon. There are no contracts and lower monthly fees but the cost of the phones are usually higher because there is not subsidized pricing. This is the case with Boost Mobile who is charging $279.99 for the phone, but the monthly fee is only $55 for unlimited everything.

The LG Marquee weighs in at 3.95 ounces making it one of the lighter Android phones available on the market right now. The phone also has some an impressive design that makes it comfortable to hold, measuring in at 4.8 inches by 2.52 inches by 0.36 inches. With its slim design and light-weight, the LG Marquee is comfortable to use and easy to enjoy. 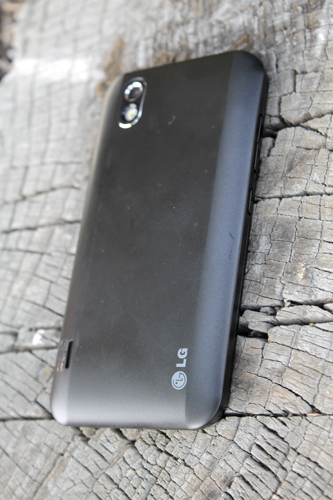 The back of the phone is a removable plastic piece that fits nicely and allows for the phone’s lightweight. On the other hand, it does not necessarily make for the best grip.

The 4-inch NOVA display auto-adjusts the brightness to make for great viewing angles and the ability to read in low-light or direct sunlight. The Marquee’s screen is really bright and awesome, no major complaints here. 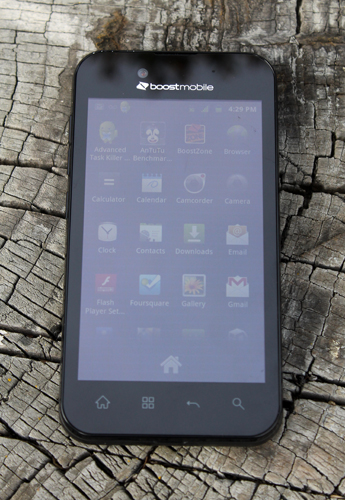 The LG Marquee runs Google’s Android platform. It has Android 2.3 Gingerbread loaded on it meaning it is up to date with most other Android smartphones, but not on the latest version, Android 4.0 Ice Cream Sandwich. We have reviewed a lot of other Android phones on this site so we won’t be detailing all the features, but we will talk about what differentiates this Android phone from the others.

It is standard these days that wireless carriers force some apps on the phone that cannot be removed. Boost is no different but it has not overloaded the phone with useless apps.

The first preloaded Boost Mobile app is called BoostZone. This is a full-featured account management app that will allow you view any account information, add more money to your account, pay bills, and more. Considering you are on a prepaid mobile plan, this app will be very useful.

The next Boost Mobile app loaded on the phone is called Mobile ID. This app will let you buy ‘ID Packs’ that make your phone reflect who you are, according to Boost Mobile. These ID Packs feature apps, ringers, wallpapers, widgets, and more.

Next up is Polaris Office which allows you to open and edit Word, Excel, and PowerPoint presentations.

The last app Boost Mobile preloads on the Marquee is SmartShare. This app uses DLNA to share music, videos, and pictures through your Wi-Fi network with other DLNA devices. 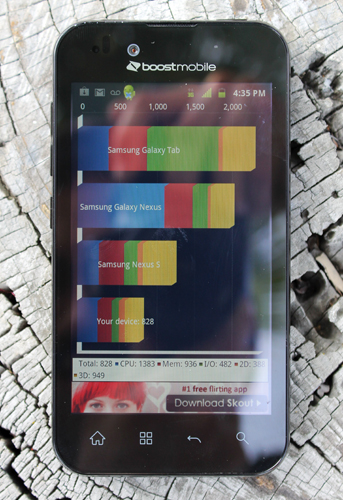 The LG Marquee has a 1 GHz processor and 512 MB of RAM. These specifications are good impressive on paper but what about when using the phone?

We benchmarked the Marquee using Quadrant Standard and found that its performance is less than that of the Nexus S, Galaxy Nexus, and Galaxy Tab. However, it does feel up to par with similar Android phones in its price range. Using the phone does not feel particularly slow, but you can notice the difference when scrolling and running a lot of apps.

The LG Marquee is a great addition to the Boost Mobile Android phone lineup. The NOVA screen give a really vivid picture and is very bright. We really like the thinness and size of the phone, it is just the right size and won’t bulk up your jean pocket. The performance was on point for its class of phone but did lag behind some of the newer Android devices. The camera is about average and will give you decent pictures.

We would recommend the LG Marquee for those customers looking for a quality Android phone at the right price.