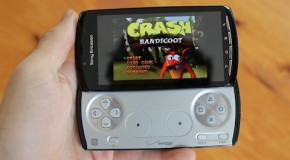 Verizon released the Sony Ericsson Xperia Play today, May 26. The phone has also been known as the “Playstation Phone” because it brings along controls seen on the PSP and plays some great games.

Today is a big day for Verizon Wireless customers. Today they unleashed a plethora of phones for those who were interested in upgrading or becoming new customers. Starting with the 4G LTE enabled LG

DROIDX2, LG Revolution, and HTC Trophy coming to Verizon on May 12? Xperia Play on May 26?

Droid-Life got a tip from their Verizon sources with rumored release dates for the DROIDX2, LG Revolution, and Xperia Play. The DROIDX2 is rumored to launch on May 12 and will be Verizon’s first

Verizon has put up a 2011 Winter consumer guide that gives details about the current and future phones. This guide gives us insight on which phones are being phased out and which are coming