Wal-Mart to have iPhone 4 on launch day

With iPhone 4 launching on June 24th, consumers are still trying to figure out what stores will be carrying the device on launch day. Wal-Mart can now be added to the list of stores 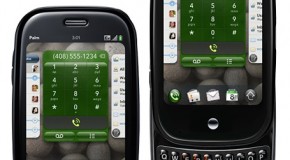 Wal-Mart to carry the Palm Pre

If there is one thing Wal-Mart is slacking in, it’s electronics. There is not much of a phone selection and a messy electronics department with not much customer service. However, this week Wal-Mart will

Wal-Mart to start selling iPhone on Sunday; just not for $99

There have been rumors flying around the blogs about Wal-Mart carrying the iPhone and them carrying an exclusive 4GB one for $99. It is true that Wal-Mart is going to be carrying iPhones, but