Verizon has released some new tablets on it’s network branded DROID XYBOARD. The tablet, made by Motorola, comes in two different screen sizes, 10.1 and 8.2. Verizon boasts that it is “lighter than a 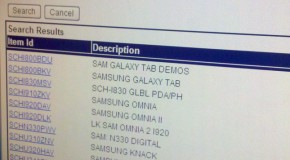