Google Nexus owners stay tuned, the official Twitter account for the phone just tweeted that they have a surprise for you! Keep checking back, we will keep you updated. EDIT @ 4:57PM EST Google 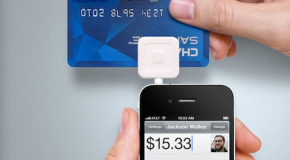 Visa has ventured into the mobile payment world with an investment in Square. Incase you are unfamiliar, Square is a startup founded by Jack Dorsey, Twitter’s co-founder. The app turns your mobile phone into

Verizon’s 4G LTE network is down; they are working on a fix (Updated)

Verizon has confirmed that its 4G LTE network is down and that the network engineers are working to resolve the issue. We began hearing reports of outages this morning on the Verizon community forum

Today RIM sent out Twitter for BlackBerry beta invites to a few lucky BlackBerry users. There are many third party Twitter applications like UberTwitter and SocialScope, but the difference with this one is that

Anyone who uses twitter on the regular knows that TweetDeck is one of the most popular desktop clients for the social media network. TweetDeck has decided to expand beyond the desktop and move into