Yesterday we learned that the T-Mobile Sidekick 4G was coming to RadioShack on April 20, but T-Mobile has confirmed that and given us a price. The device is manufactured by Samsung and has the great QWERTY

As someone in the field of technology, I cannot even begin to express how important my information is. I have several backups of all important information. Today Danger’s users are feeling the pain because

If you haven’t caught on yet. Earlier, Globalive won the Canadian spectrum license which gives Globalive access to the wireless industry. We haven’t been hearing much up until this week where a big leak

The new Sidekick LX has officially been announced by T-Mobile today on its sidekick.com website. It is available to current customers to pre-sale as of now, but everyone else is going to be forced

The Sidekick LX 2009 release is coming up quick as we gain more and more information on the phone. Today an anonymous T-Mobile employee leaked an internal memo that suggests the launch is coming 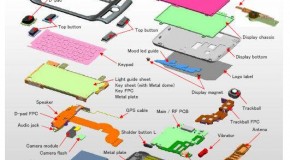 Awesome PDF leak from the FCC thanks to Option. This gives everyone a few more details on what the new Sidekick is going to be like 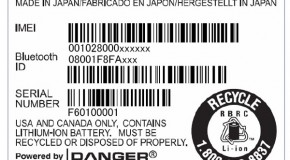 New 3G T-Mobile Sidekick makes its way to the FCC

There has been tons of rumors about a new Sidekick coming out called the Sidekick 2009. A new device with the model number PV300 passed through the FCC yesterday supporting the 1700MHz band, the

This is is still being filed as a rumor, but TmoNews has heard from a trusted source that the Sidekick 2009 (codenamed Blade) will be dropping on May 13th. Incase you forgot what features

The Sidekick is definitely due for an upgrade. With outdated technology like the lack of 3G the Sidekick LX is not everyone’s first choice. But today someone leaked a document that is rumored to show the