Since we did a review on the Rogers HTC Dream, I’ve decided that there really isn’t any point to do a full on review of the Rogers HTC Magic because both are the exact

The HTC Magic was launched on Rogers a few days ago, but what about some US love? The phone is going to be launching on T-Mobile as the MyTouch 3G. The MyTouch 3G will

Rogers is going to be introducing two Android phones to Canada on June 2nd. The HTC Dream and Magic will both be available soon for $199.99 each with a three-year contract. If you don’t

It looks like Vodafone may not be the first carrier with the HTC Magic. TIM has just put the product page on its site, suggesting they will be selling the phone soon. The HTC 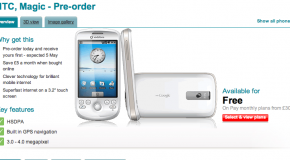 It hasn’t been long since Vodafone announced that the Android-powered HTC Magic was coming soon. Pre-order customers can expect to receive the phone May 5. The best part is that the phone is completely 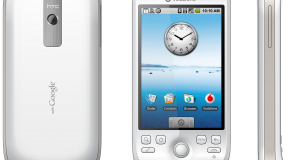