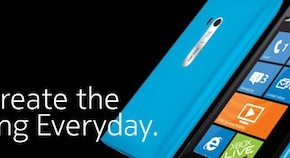 The Nokia Lumia 900 was announced at CES  earlier this week and was said to be coming out on AT&T in the spring. However, Nokia has clarified that with their developers saying it will

Smartphone Nation is going to CES

Smartphone Nation will be at the International Consumer Electronic Show in Las Vegas to bring you the latest news on your favorite gadgets. We are going to be riding with Nokia from Monday, January 9

T-Mobile and Nokia are hosting an event on Wednesday for the Lumia 710 launch, that is pretty much confirmed. The Lumia 710 is an entry-level Nokia Windows Phone, while the Lumia 800 is the