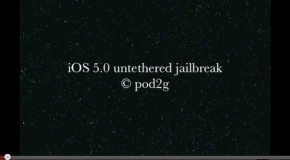 iOS 4.3.3 gets untethered jailbreak and unlock; iPad 2 still left out

The Dev-Team has cracked the case and released an untethered jailbreak and unlock for all iOS devices that support 4.3.3 except the iPad 2. The Dev-Team explains that the iPad 2 jailbreak is still under development

iOS 4.3.2 gets untethered jailbreak; still no go for iPad 2

The Dev-Team has released redsn0w, an untethered jailbreak for all iOS devices except the iPad 2. Apparently, Apple did not have a change to patch the hole used by the Dev-Team’s last jailbreak. The

The dev-team has cracked the case and found a way to jailbreak Apple’s most recent iOS update, 4.3.1. The team makes it easy to jailbreak the phone with just a few steps. After that

iOS 4.3 now available for your iPhone, iPad, and iPod Touch

Apple announced the launch of iOS 4.3 at the press conference last week and said it would be available March 11. However, Apple let the update out a few days in advance, making it

iPhone 4 unlock shown off but not available yet

The iPhone Dev Team has been working hard to develop an unlock for the iPhone 4. Many people are looking to get this device unlocked for use internationally and on T-Mobile. The Dev Team