At the beginning of the week Apple announced a price drop on the iPhone 3GS and the introduction of iPhone 4. This left many customers who had recently purchased the iPhone 3GS wondering what 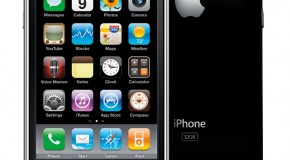 It seems that Walmart has cut their prices for the iPhone 3GS to $97 with a 2 year contract on AT&T. It looks as if Steve Jobs is cleaning up, getting ready for the

Gadgeteers rejoice. HTC has released the first Windows Mobile 6.5 device thru Verizon Wireless, the HTC Imagio. The Imagio to some looks like a US version of the Touch HD, which was not released