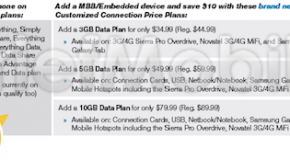 Do you remember just a few months ago when Dan Hesse, CEO of Sprint, got on camera and explained that he understands what unlimited is? He may have underestimated how much data was going

RIM’s Co-CEO, Mike Lazaridis, did not like the link of question a pushy and annoying BBC host was asking. After what seems like multiple attempts at asking him not go down that line of questioning,

Nokia searching for a new CEO

The Wall Street Journal is reporting that Nokia is searching for a new CEO to replace Olli-Pekka Kallasvuo. The reason behind the search is that Kallasvuo “struggles to find traction for the company in

We have learned that Jon Rubinstein has replaced Ed Colligan as CEO of Palm. We are excited for this change and expect to see many great changes. Rubinstein has been leading the Palm Pre