iPhone 4 coming to Verizon on February 10

It has been long awaited. Rumors have been surfacing for years. It is finally here, the Verizon iPhone. Today Verizon held a press conference in New York City to announce the availability of the 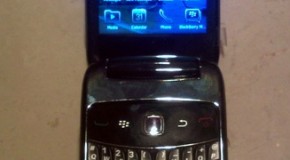 Clamshell phone fans are going to go nuts over this hot new BlackBerry device, the BlackBerry 9670. Details are scarce, but information points to it being a CDMA device with a full physical QWERTY

Salomondrin, the newest BlackBerry ninja, has managed to get his hands on some images showing the upcoming BlackBerry Essex. From what we understand, the BlackBerry Essex will be a CDMA phone that will be

It has been a while since we have seen any facts about Verizon’s upcoming BlackBerry Niagara. The Boy Genius Report got some information about the upcoming device and shared it with the rest of

Sprint puts Palm Treo Pro on website; then takes it down

Sprint added the Palm Treo Pro to its website revealing that the phone would cost $249.99 with a two-year contract. However, a few hours later Sprint took it off its site proving that today