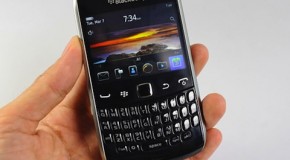 T-Mobile hasn’t done the best job of keeping its upcoming phones confidential. Thisismynext has discovered the company’s 2011 roadmap which includes devices and dates of what T-Mobile plans to release in the coming in

BGR leaked the next generation BlackBerry Curve, codenamed the Apollo. This phone features some changes when comparing it to the current BlackBerry Curve 8520. The Apollo features a 5 megapixel camera, 480 x 360