The legendary Salomondrin has got a hold of another set of unreleased BlackBerry phones. The 9800 Slider which runs on OS 6 and is AT&T branded, the 9670 flip, and the 9300 curve. All 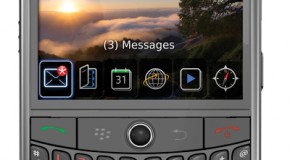 Are you holding off on the BlackBerry Curve 8900 because it does not have 3G? Well you are making a smart decision because information has leaked about the BlackBerry 9300. This one is going