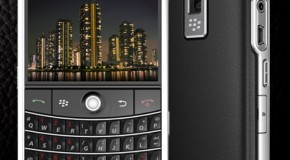 It has been a few weeks since the last BlackBerry Bold OS beta leaked onto the internet. Today, 4.6.0.219 leaked and is being downloaded like crazy. Make sure to install at your own risk,

We have learned Rogers’ and Fido’s upcoming handsets thanks to clearskies08 from Howard Forums. The user posted a powerpoint that shows all of the upcoming phones. They will be releasing the following smartphones:  Nokia

A Bold Price for a Bold Phone

It seems the price of the new BlackBerry Bold has leaked, at least for Rogers. The canadians will have to pay a hefty $400 for the new 3G Bold. That price is along with