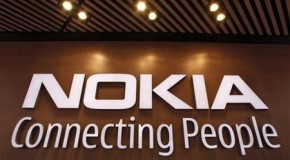 Nokia is seeing its lowest market share since 1997. The industry is flourishing with mobile device sales jumping 19% year-over-year. So what is it that is making Nokia so unattractive right now? If you

There is an app for that

There is an app for that. They are everywhere now. Their popularity has skyrocketed since the inception of the original iPhone. Apple attempted to take over the phone world, and with their iTunes store,

Why you should try Grooveshark and ditch iTunes

This is not a sponsored post, I just think that more people should give GrooveShark a try. I’ve heard of the company before and used it a few times in the past. However, this

With the semester ending in a few weeks for most college students, we thought that we’d explore the best iPad apps for college students. The iPad is set to be a popular holiday gift

The Best Smartphone for Business

Smartphones have become so popular and widespread that they are useful for a number of business purposes. This makes choosing the smartphone for business a difficult task that may require additional information to make

Earlier this week Steve Jobs announced iPhone 4, the 4th generation of the popular iPhone device.  This announcement was no surprise to consumers as most users have seen numerous photos of the phone before

Why Smartphones are Winning the War on Converged Devices

Gone are the days of fanny packs and burlap sacks overflowing with lengthy cables, expensive gadgets and the need for a watchful eye. Converged technology is reaching a point where devices are becoming smaller

Choosing a Phone to Fit Your Needs

Cellular phones are becoming more widely used than ever before. In 2005, 2.4 billion people had cellular phones. Now in 2008, there are more cellular phone users than there has ever been in the

Welcome to Smartphone Nation. We will be posting all the smartphone news right when we hear it. This includes rumors, announcements, and leaked information. We are looking for writers, but not just anyone. You