Skype is live in the iPhone app store

Skype for the iPhone is officially live in the app store as of now. It was planned to go live as of Tuesday, making it early appearance. Skype allows users to talk to other 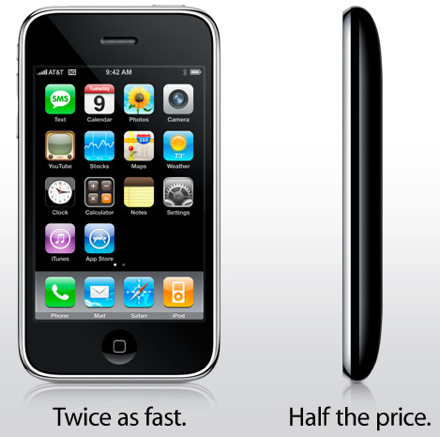 Tons of people are patiently waiting the release of the SlingPlayer for the iPhone. Today Sling Media confirmed that it has submitted the first release of Sling Player to Apple. Once Apple reviews and

BG over at BoyGeniusReport.com has just posted what is pretty solid evidence of new iPhone and iTouch models. In the latest iPhone OS there are device/hardware ID’s labeled in numerical order. The iPhone 3G

AT&T to offer iPhones with no-commitment

AT&T has decided to begin selling iPhones with no-commitment. Beginning March 26, the carrier will start selling the iPhone at a price of $599 for a 8GB and $699 for a 16GB with no

iPhone hosted its OS 3.0 event today in California and announced tons of new features for the iPhone. Since the beginning iPhone users have asked for copy and paste, MMS, and a few other

iPhone software 3.0 is getting previewed on March 17th

Apple is going to be holding an event for the press on March 17th and will be previewing iPhone OS 3.0 and the new iPhone SDK.  Apple is calling this an “advance preview of

Apple has dropped iPhone software 2.2.1 for all iPhone and iPhone 3G users. There has been much speculation on new features that would come along with the release. However, according to Apple is