Bluetooth headsets have come a long way since the technology was first introduced. Sound ID is proof of that with the introduction of its Sound ID 510 Bluetooth headset. The 510 has one button

We met up with Parrot at CES and the company showcased their latest bluetooth products. The Parrot MKi series hands-free bluetooth music system car kits give the user a wide variety of options. The

Ever hated using annoying earphones when your trying to work-out and have the line hanging down to your pocket where your phone or music player was connected? Well if you do, then you’re in

We here over at Smartphone Nation love reviewing things. The fact that we get to play with new technology is probably the best part of blogging, and lovely Sony Ericsson has shipped us bluetooth 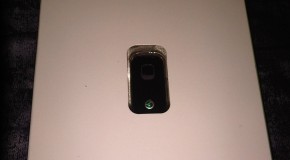 Just recently, we recieved a Sony Ericsson HBH-PV715 Bluetooth Headset in the mail. A great headset unit for daily usage at a great price. Let me start off by saying that more and more provinces and states

Aliph has always been known for making superior bluetooth headsets. The Jawbone has proved to consumers to be one of the best headsets all around. On May 2nd, Aliph began selling the new Jawbone

The Jawbone bluetooth headsets are known for being among the best out there; with a $129.99 price tag it better be. Today Aliph announced their new headset, the Jawbone Prime. The Jawbone Prime comes

A new version of the best bluetooth has been released. Aliph has officially announced their new headset called “New Jawbone.” The New Jawbone is 50% smaller than the first one. This New Jawbone is