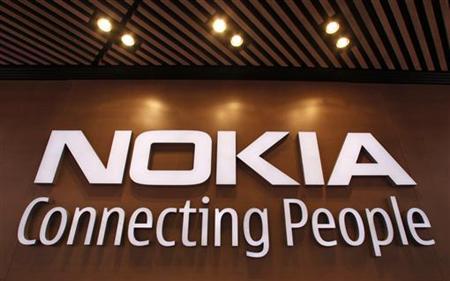 Nokia is seeing its lowest market share since 1997. The industry is flourishing with mobile device sales jumping 19% year-over-year. So what is it that is making Nokia so unattractive right now?

If you are from the United States, you may think that Nokia is pretty much irrelevant and already dead. That is the case in the states, where there are barely any Nokia phones available through our carriers. However, when I went over to London in September for Nokia World, you notice that Nokia is far from irrelevant. The manufacturer still has a lot of users in Europe but that is quickly declining. In fact, Nokia has went from 40.6 percent of the western Europe market share to 19.6 percent in the past year.

First we need to take the competition into consideration. Apple’s iPhone smartphone has grown its market share 114.9 percent when comparing first quarter of 2010 to first quarter of 2011. Meanwhile, Google’s Android OS has 35 percent of the market share right now and has the advantage of being popular among other phone manufacturers. The growth of these two platforms have quickly begun taking away from Nokia’s market share.

It has been using the outdated Symbian platform for way too long. While it may have a loyal following, it is simply not as user-friendly and attractive as other platforms currently available on the market. Nokia needs to focus on attracting new customers, while retaining current customers at the same time. The company planned on transitioning to the MeeGo platform for its future phones, but that was recently scrapped by the company”s new CEO. We will see the launch of the Nokia N9 in the next few weeks, but that may be the first and only MeeGo phones we see come to the market.

Secondly, Nokia is Finnish company and always has been. The company’s last CEO, Olli-Pekka Kallasvou, was fired after his strategy failed to keep the company growing. The board brought in its new CEO, Stephen Elop, to replace Kallasvou. While Nokia’s shares initially jumped 5.9 percent after the announcement of new management, it prompted several other top executives from the company to quit including Mobile Solutions head, Anssi Vanjoki.

Stephen Elop came to Nokia and left his position as president of Microsoft’s Business Division. As such, he was biased towards Microsoft products which included its new Windows Phone 7 smartphone platform. One of Elop’s first major priorities was to abandon Symbian and MeeGo and switch future Nokia phones to the Windows Phone platform. We have been asking ourselves the same question since the announcement: Why wouldn’t Elop choose Android as the Nokia’s next OS?

This is a loaded question, there are many different answers. First, it is important to note that Elop came from Microsoft and had connections with many of the company’s top leadership. This likely made negotiations easier and had a big impact on the decision to use Windows Phone 7. But now we are greeted with the question asking if Android would have been a better option. Android’s platform is already developed with over 200,000 apps currently available in the Market. Compare that to about 15,000 apps on Windows Phone 7.