Nokia holding event on May 17 in Athens, Greece 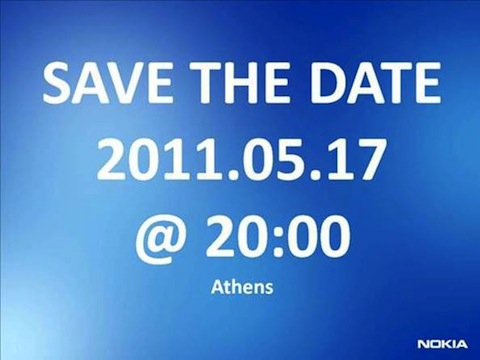 Nokia today invited a limited amount of press to Athens, Greece for an announcement. As you will notice from the invite, there is no other information given except the time and date, but we are hoping to see some Windows Phone Nokia phones announced. Remember, Microsoft will be holding an event the following a week as we reported earlier.