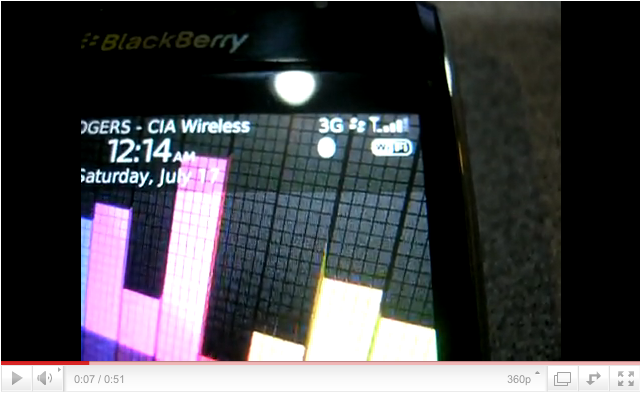 Now whether you believe RIM’s official statement or not. The BlackBerry does in fact have the signal drop issue when being held as well. As you can see below, we have shot a video of my personal BlackBerry Bold 9700 in my basement that I use daily running on the superior Rogers Wireless network in Canada. This means that we know it’s not AT&T’s fault and that I guess all phone’s do have some weak spots. So what can you say? I guess Apple was right… or were they? As you can see, the BlackBerry never hit the “no service” message and was still able to send and receive data but it did drop drastically.