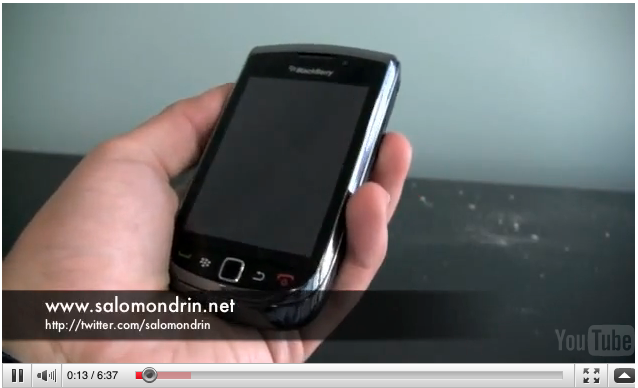 The legendary Salomondrin has got a hold of another set of unreleased BlackBerry phones. The 9800 Slider which runs on OS 6 and is AT&T branded, the 9670 flip, and the 9300 curve. All three videos below show a quick demonstration of what they’re about and hopefully you’ll enjoy the video and the phones hype just as much as we did.