Telus to get HTC Snap and Touch Pro2

We know that the HTC Snap is being tested by Sprint right now, but it seems that Canada will also being seeing this phone. The HTC Snap, along with the Touch Pro2, has showed up in the Telus system. A tipster sent some pictures into BGR showing the Telus system with the phones, both world editions, proving that they will be eventually coming to the Canadian carrier. Check out another screen shot after the jump. 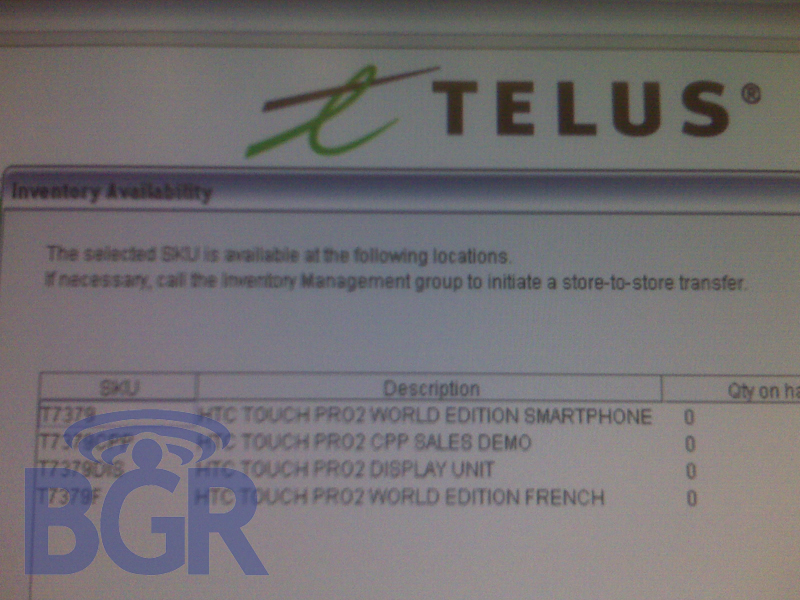