A common question BlackBerry users ask is “Can I tether with my BlackBerry?” What is tethering? Tethering allows you to use your phones data on your computer, letting you connect to the Internet anywhere you have data coverage. TetherBerry has released it’s new program that allows user to easily tether their BlackBerry’s to their PC. With TetherBerry you do not need to have the tethering add-on that is sometimes required to tether. This tethering plan often costs upward of $40 extra a month. On the other hand, TetherBerry uses your current BlackBerry data plan to tether.

TetherBerry is great for users who want to set up tethering with ease. The first step to getting this program working is installing the software which only takes a few minutes. It will first install TetherBerry then check to see if you have the latest version of BlackBerry Desktop Manager, which is an essential step.

Once TetherBerry is installed on your computer you need to install it on your BlackBerry. TetherBerry will give you an address that lets you download the program over the air, so you do not even need to plug it into the computer to install the software. Without having it installed on your BlackBerry the program will not work. This step will only take around a minute or two.

Now that you have it installed on both your computer and your BlackBerry you are ready to begin tethering. You must turn off all the connections on your computer to get TetherBerry to work correctly, this includes Wi-Fi. Next you want to start the program on the computer and it will ask you to connect your Blackberry to the PC.

Once you make the connection you will be all set to to tether. The program will tell you how much data has been sent and received so you do not use too much. Make sure to check your contract with your carrier before tethering. Sometimes unlimited data actually means 5GB, so you do not want to go over and be charged heavily. For this reason, it is not a good idea to use tethering as your primary source of Internet 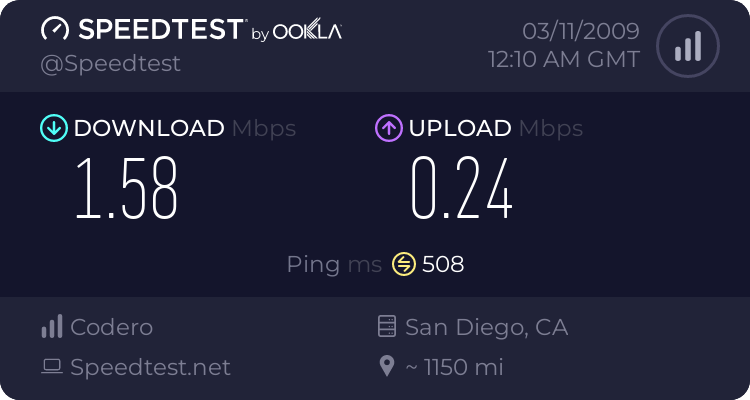 The speeds were fast enough to use for most things you would do on the internet. We wrote this entire post and uploaded all of the images while tethering with our Bold. We had mixed results when watching YouTube. When we watched in normal quality the video loaded fast enough to watch without having to stop and buffer again. On the other hand, when we turned high quality the video stopped and buffered often making it hard to finish the video.

We have tested TetherBerry for two days and we have not had one problem with it. When using our 3G BlackBerry Bold, we had no problem receieving text messages and phone calls. However, our emails were held up until we stopped tethering. TetherBerry performed great when we were testing it. We did not get disconnected from the Internet once (except when we answered phone calls). The speeds maintained a pretty fast connection and it was usable for most of our Internet needs. We loved how it told us the packets send and recieved, and the amount of data sent and recieved. This helped us keep track of how much data we used without using too much.

We really like this program because its ease of use and how reliable it is. We recommend this for all people who need to use the Internet on their computer on the go. The program is very simple making it easy to use for everyone, there are no bells and whistles that will confuse people. We can’t wait for this to come out for Apple computers so we don’t have to keep switching to Windows on BootCamp to tether. We can honestly say that we will use this as our only source of tethering for now on. If you end up trying it and don’t find the same results as us, there is a 30 day money back guarentee so you will be safe no matter what. Try it out for yourself for a one-time fee of $39.99 until Sunday, after Sunday it will go up to $59.99.