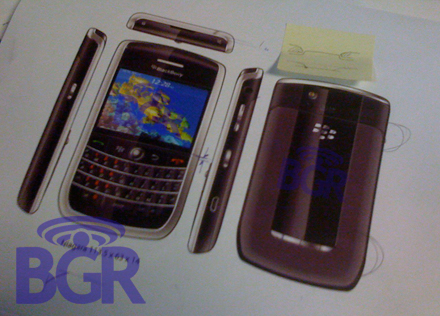 The Boy Genius posted a new article about a brand new Blackberry coming out, the Blackberry “Niagara.” Apparently, this is going to be similar to the Blackberry 9000, but will not have 3G. As the photo implies, the back of this Blackberry will also be different than the 9000. But why have a 3G-less phone? Because the price is going to way cheaper than the one with 3G.