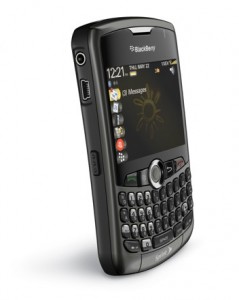 Sprint has now said that the Blackberry Curve will come Mid-May. This comes after Sprint said it would be coming out in April. This could be due to Sprint trying to put all their extra programs in the OS (TV, Radio, Navigation, Ect.). Hopefully it will be released later this month to allow all the Sprint customers access to a great phone.